Voice of Children has been working with vulnerable and marginalized children since 2000. VOC’s work with street children and on child sexual abuse is credited both nationally and internationally on reducing the incidents of child sexual abuse in Nepal. Till date, voc has served 10,122 vulnerable families and families of reintegrated children through economic development program, awareness and sensitization programs. Till date,  VOC has made aware 64,830 children about child rights, child protection and sexual abuse through child development activities and school orientation. It works with key stakeholders such as journalist, police, teachers, hoteliers, social workers to raise awareness on CSA. Apart from raising awareness, VOC has also been able to rescue and provide services to victims of child sexual abuse. VOC has been awarded with different awards for its efficient contribution.

End Child Prostitution, Child Pornography and Trafficking of Children for Sexual Purpose (ECPAT) Luxembourg is a non-profit association founded in 1995 and recognized by the Luxembourg Ministry of Foreign Affairs as a non-governmental organization (NGO) for development. ECPAT Luxembourg is a member of ECPAT, a global network of organizations working to combat all forms of commercial sexual exploitation of children.

In Nepal, ECPAT Luxembourg has been working since 2008 on the issue of sexual abuse and exploitation of children.

Sexual Exploitation of Children Online (SECO) refers to crimes committed by offenders who are using Information Communications Technology (ICT) and/or the Internet to facilitate the sexual abuse of children.

The vulnerability of children to sexual abuse and exploitation online is amplified today by the ultra-rapid expansion and easy accessibility of the internet as well as third and fourth generation mobile telephones. For many children, the internet and mobile phones are familiar objects, almost constants in their lives and they are able to move with ease and fluidity between real and the virtual world.

There is no doubt that the internet offers ample opportunities to children in terms of enhancing educational performance or inclusion in the social media. However, it also exposes them to risks beyond the limits of age or of geographical boundaries. Children are at risk of finding their photos shared online, of being groomed by adult sex offenders for holding sex chats online, of being sexually abused online or of cyber bullying.

According to Nepal Telecommunications Authority, Nepal, with a total population of around 28 million, to date 11 million internet users representing an internet access rate of almost 40%.

Identifying and investigating offenders is difficult, as they are able to continually adapt technology to enable their sexual abuse and exploitation, and avoid detection. Since the Internet is not confined by territorial boundaries, most incidents of sexual exploitation of children online are multi-jurisdictional, with offences being committed across or within multiple countries all over the world. This makes the issue even more complex.

Voice of Children and ECPAT Luxembourg have been currently working together in Sexual Exploitation of Children Online (SECO) project to address the issues of Child Sexual Abuse (CSA) and SECO in Lalitpur district as well as it’s nearby areas. Each activity carried out through the SECO project is designed to address the thematic areas of prevention, protection and prosecution including advocacy as a cross-cutting issue.

The widespread convenience in the use of information and communication technology (ICT) has transformed societies around the world. For instance, in Nepal till the end of 2010-2011 (2066-67 B.S.), telecommunication and Internet facility was respectively accessible in 97% and 38% part of Nepal.[1]Current statistics portray that access to these facilities have reached to 17.58 Percentage of Individuals in Nepal[2]. 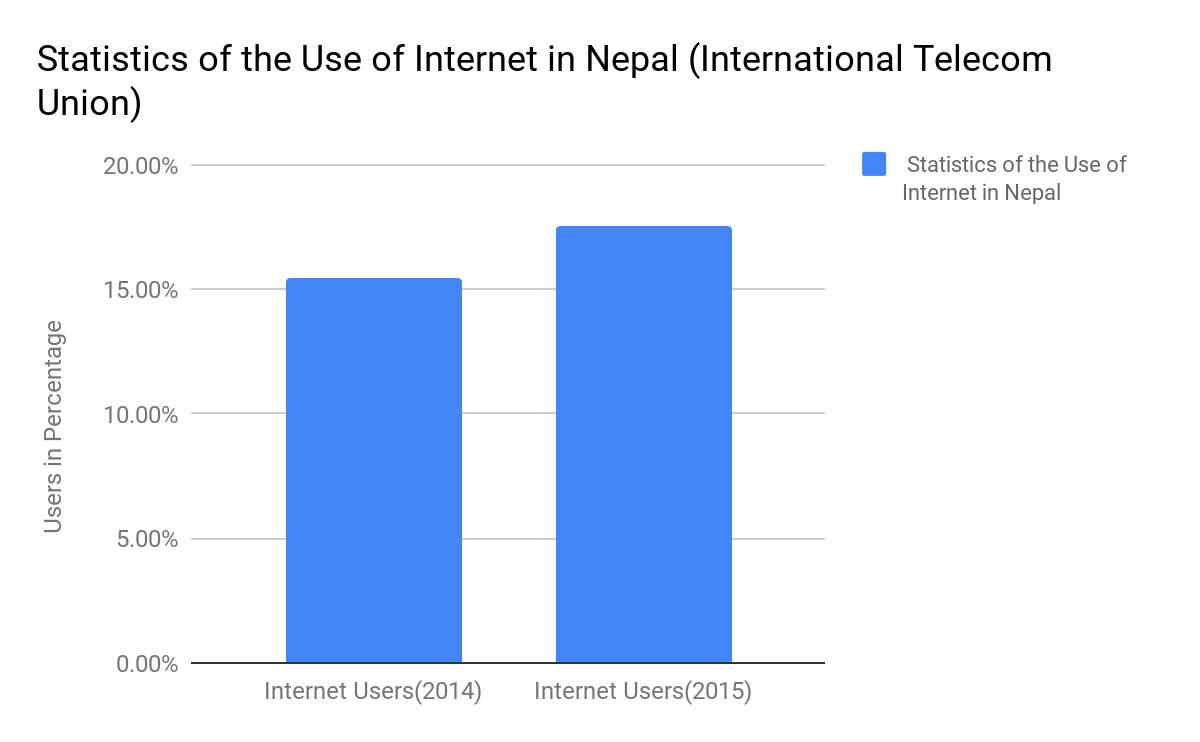 According to the Management Information System (MIS) Report by the Nepal Telecommunication Authority (NTA) published in May 2017, more than 58 percent of the total population in Nepal use Internet. The report indicates that 96 percent of Internet users surf Internet on their mobile devices. A recent survey by Sharecast Initiative shows that 90  percent of Internet users in Nepal have Facebook account. Likewise, We are Social data shows that more than seven million nepali are active on Facebook.

With Nepalese’s  increased access to cyberspace, the possibility of misuse of the internet has increased, too. Viewing and downloading pornographic images and materials, the sharing of personal details including personal images, online fraud, exposure to inappropriate materials, to potentially dangerous contacts, ‘cyberbullying’, file sharing, and downloading which violates copyright law, are some of the dangers and of unfettered internet use.

Many Nepalese parents are ignorant of internet misuse than their children. Children can take advantage of parents who are either illiterate or ignorant of computer technology[3] and some parents accepted their children might have been misusing mobile and internet which they do not know about.

There is no exact data on the numbers of SECO cases in Nepal, however, crimes related to social networking sites, email threats, hacking, obscene websites, SMS threats and bullying, have been recorded. Live streaming exploitation has not been recorded. With the growing numbers of mobile and internet subscribers, growing access to smartphones and similar other devices as well as children’s access to these technologies, there is risk of SECO in coming days. Practice of unhindered, unguided and unmonitored full access to internet by Nepalese children has increased their vulnerability of being exploited online.

Children victim of online exploitation can go to police and report the case. NGOs working in the sector on child rights may provide support to such children. Children can call the toll free numbers like 1098- Child helpline, 100- Nepal Police, 104- Balbalika Khojtalash Samwanyawa Kendra and 01- 548018/ 01-546390 (not toll free)- Voice of Children to report abuse. They can also use VOC’ s SECO website to report abuse online.

Beside this, there is no service available to such victims. There is no victim and witness protection system. Compensation from government is not available.  Victim or his/her family has to pay for legal services, psycho-social counseling or medication.

[3] Alternative Report (2011) on Optional Protocol to the Convention on the Rights of the Child on the sale of children, child  prostitution and child pornography (2000), pg 24

About the Process and Laws

How do I report abuse?

Incident of CSA and SECO can be informed to Nepal Police at phone number 100 or at the nearest police station or office. Otherwise you can take help by dialing 1098 or 104 as well.

Do I have to report abuse?

Yes. If you are being sexually abused or if you witness others being abused you should report it as soon as possible in order to get help and support. Staying quiet will encourage the perpetrators to commit the crime in future too.

What are the laws about child sexual abuse?

The Constitution of Nepal, 2015 under article 39 has guaranteed that no child shall be subjected to any to form of exploitation or improper use by any means or in any manner. In case of any violation of the given fundamental rights, article 46 has also set forth the constitutional remedies.

The Children’s Act of Nepal has prohibited the involvement of children immoral professions. According to this:

Muluki Ain/ Civil Code is the criminal code of the government of Nepal. It deals with criminal offences and penalty procedures.

Optional Protocol on the Sale of Children, Child Prostitution and Child Pornography (OPSC)

The Convention’s Optional Protocol on the sale of children, child prostitution and child pornography supplements the Convention by providing States with detailed requirements to end the sexual exploitation and abuse of children.  It also protects children from being sold for non-sexual purposes—such as other forms of forced labour, illegal adoption and organ donation. For instance:

The electronic transaction act of Nepal specifically does not define the exact rules of child sexual abuse online. However, the culprit can be punished as per the following: 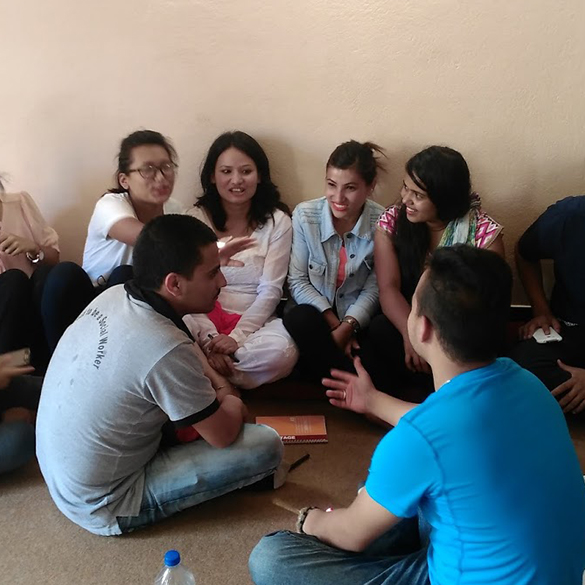 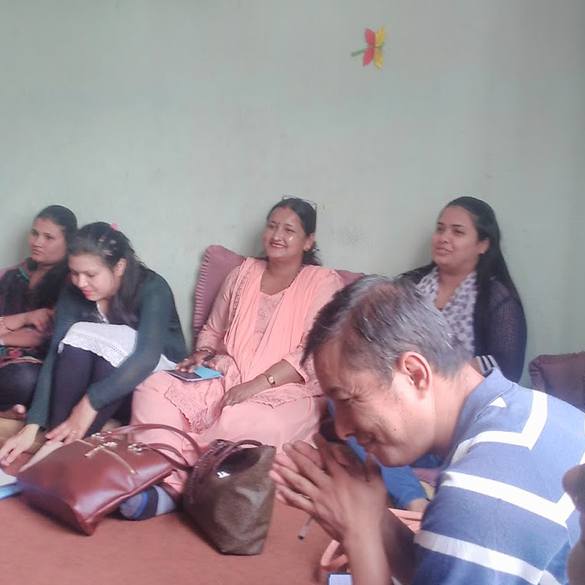 Victims will be rescued at the safe and secured place with… 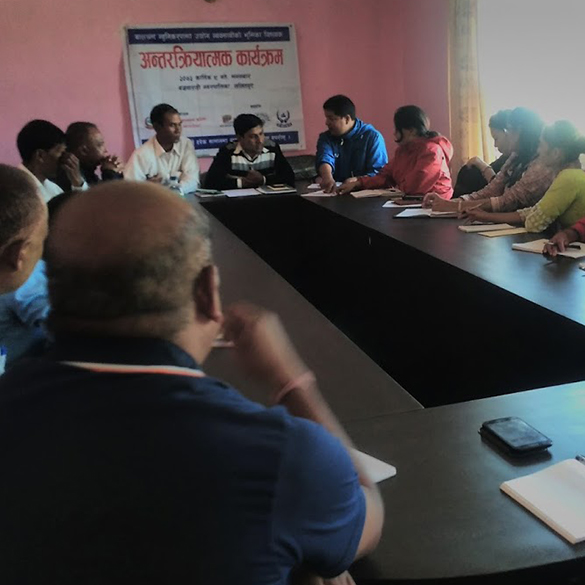 Pressure to revise the children act and policies based on… 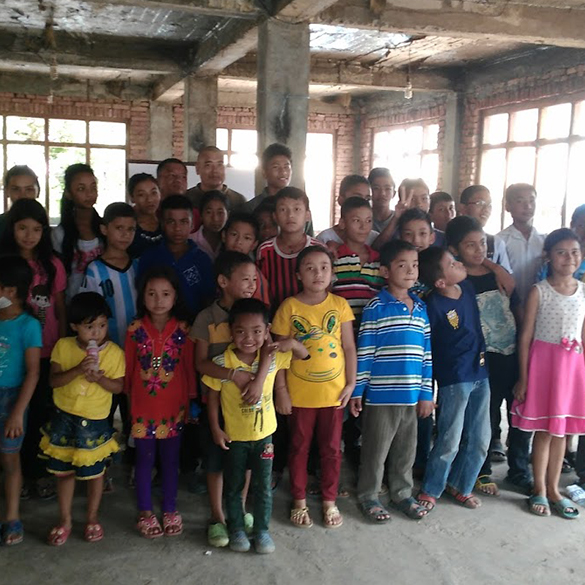